I’ve used WebAssign for a few math classes. Previously, it was a fairly positive experience. While dated, the site was fairly functional and responsive. It had a compact layout, only used JS when it had to, and was mostly server-side rendered (of course that meant that there had to be more round trips and page loads, but it wasn’t terrible). The ebook worked fine, and was mostly just HTML.

But it seems that didn’t give them as many opportunities to push their “value add” services, and they gimped the old site and made it load in what is essentially an iframe, with modern chrome around it. But, this was half-done in an inconsistent, confusing way.

I appreciate that they were trying to modernize their app, but they just didn’t have as good of a UI as the old one, and it feels slower to boot.

WebAssign does have a fairly good homework system. The equation editor is one of the better ones I’ve used, and since that part is unchanged from the redesign it makes it more impressive since the editor must’ve been fairly old.

I access the textbook through WebAssign. Quick, tell me what you think the two buttons below do:

They’ve also added this nice sidebar on the left hand of the screen, whose primary purpose seems to be to take up screen real-estate when I have two windows side by side, like when, I don’t know, I’m doing homework. 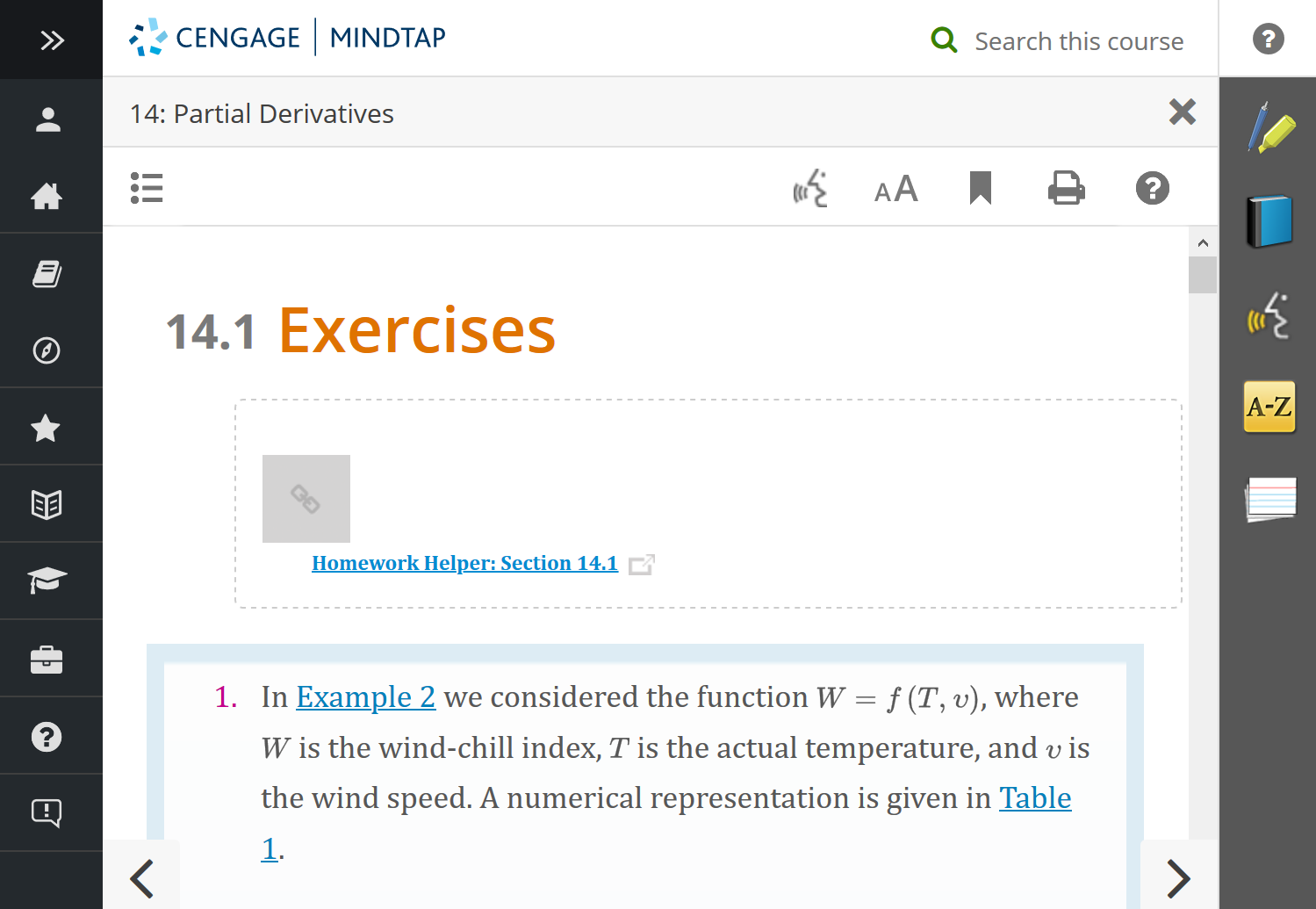 Ah, mostly trying to sell me some “value added” stuff of questionable value. Glad that sidebars there now.

That horrible side window

Let’s add a new ublock origin rule for that sidebar and move on to actually trying to read the textbook.

Let’s follow that link to Table 1. After all, one of the principal advantages of ebooks is the ease of following links around without having to flip pages back and forth.

Oh, and you can’t make that sidebar wider for some reason. Wonderful!

When I click on it it just makes this weird dotted line thing appear next to it that does nothing.